It's a baby show, without the baby.


So,I guess Will Arnett has just given up. In only a few years he went from playing eccentric, wacky, funny guys, to playing a stay-at-home dad. Christina Applegate takes a break from doing crappy movies to do a crappy TV show. And Maya Rudolph, is just there. It's like they just decided: "Hey let's get Maya Rudolph on this show!", but they had no real plan for her character.If you thought this show about the baby, you were mistaken. This show is about Will Arnett and Christina Applegate realizing that they're getting old, and that they aren't as cool as they once were. And, unfortunately life imitates art. Overall, it has a few funny bits, but with bland dialogue, stereotypical characters and one or two forgettable jokes, this show is a hit and miss.

One of the Greatest TV Shows Ever Made!


Weather you hated or loved the finale, there is no argument that Lost is one of the greatest and most influential shows of the past decade. It turned the simple idea of a plane crash onto a deserted island, into one of the greatest mysteries in television history. A mystery that even now, more than one year after it's ended, we still don't have all the answers to. But the greatest part about Lost was not the mystery it was the heart. From Charlie's death, to the ending of The Constant, to The End. This show juiced more tears out of viewers than Old Yeller. And it's one thing that many of the new Lost-wannabe shows are missing (The Event, Flashforward). The mystery, the confusion is all there, but viewers want more than that. If you haven't seen Lost I recommend you watch it, but make sure you start from the beginning. Don't be one of those people who saw one episode halfway through season 4 and complained that "It doesn't make sense, this show is stupid". I used to be one of those people, now it's one of my favorite shows.


When this show first aired I remember thinking how stupid it was, Courtney Cox trying to be a cougar was dreadful and painful to watch. I couldn't get through the first episode. But a few months later, I caught an episode of it after it was on after Modern Family, and it was pretty good. They had given up the shtick of making Jules a cougar (thank God), and were even making fun of themselves for their awful name choice. So overall, this isn't the greatest show ever made, and it wont get any more popular than it is now. But it grows on you. It's an okay show and I'm completely content with it.

Different, but the same.


Flashforward was a very unique premise, it seemed like it would make a good show, but I never could see it being able to turn that premise into a series. And in the end, it was never turned into a series. It had been cancelled after one season, unfortunately. It's too bad that this show was cancelled, it was a good show. It was no Lost, and I think, although it was trying to be "The Next Lost" it wasn't trying to completely copy everything about it (although the similarities between the two were often eerie). The acting in this show was subpar. Joseph Fiennes is a pretty bad actor, but the rest of the cast does good enough to make that acceptable. Overall, this show wasn't terrible, and it's definitely not as bad as some people say. I'd give it watch, just for fun.


This movie was hilarious. All the jokes in this movie fell flat, but the bad acting, terrible dialog and jokes that they were written by a white kid trying to be black. This movie tries so hard to be a "Black" Airplane, but fails miserably. It's like watching an airplane crash into the ground with early careers that never got a chance to start burning in the flames. Overall, it is not worth a minute of your time. If you haven't seen this movie, you are a lucky person.


I'm tired of these Mother F***ing Hyena's on my mother F***cking plains.


This movie was hilarious. It was *almost* as strange as Fantastic Mr. Fox. Try explaining this movie to your friends, they'll think you're making it up. It's a hilarious Western/Comedy that's full of laughs. The Clint Eastwood scene (I am aware it wasn't actually him) was the funniest thing I've seen in a long time. It's great for kids and adults, not for really young kids though. A must see for anyone who likes a good laugh.

Frankenstein Meets the Wolf Man is the sequel to the 1941 classic The Wolf Man. Unfortunately it does not match the quality of the original. Lon Chaney reprises his role as Larry Talbot, who comes back to life and tries to find a way to be killed once and for all. Bela Lugosi plays Frankenstein's monster, but let's face it, he's no Boris Karloff. Another weird thing is that he was in the first Wolf Man movie as a completely different character. This movie started off good, but then started lagging in the second act. It seems like they could have made a better movie out of this, but they ran out of idead and for some reason wanted to include Frankenstein's monster. It also confuses me because Frankenstein isn't even in this movie, his daughter(granddaughter?) is, so is his monster, but Frankenstein is dead. Overall, it's an O.K. movie, but it's only for die hard, classic monster movie fans.

My Soul to Take review

So bad it's good!


AHAHA! So bad it's good! Laughably bad dialogue, terrible acting, and an ending that doesn't make any sense! I was laughing my ass ass off the whole time!

blackjack9
Posted: 7 years ago at Jan 30 10:30
some promotion here!hehe!
www.listal.com/list/movies-made-me-furious

Quote Unquote Sir
Posted: 7 years, 2 months ago at Dec 9 7:37
I agree with your review of "The Tree of Life" and I think you are very perceptive for someone your age (I am older than you).

I like the movie even less than you did, because I thought the coming of age childhood story was boring and worthless too. It was very obvious and didn't tell me anything I didn't already know.

Anyway, I just wanted to say thank you for writing that review. It's nice to see someone agree with me about that overrated junk. =)

P.S. I also think your line about Quentin Tarantino under "About me" is funny.

A.M.A
Posted: 7 years, 5 months ago at Aug 27 18:35
Please take a look at this list, it's a very personnal one. Thanks in advance : www.listal.com/list/heartbreaking-morrocan-women

johanlefourbe
Posted: 7 years, 7 months ago at Jul 6 12:31
I'm working on a new project and you're part of it! If you want, you can check it out: www.listal.com/list/most-valuable-listal-players-sorted

Deleted
Posted: 7 years, 9 months ago at May 20 21:52
Thanks for your support of Newspapers Reporting News. =] 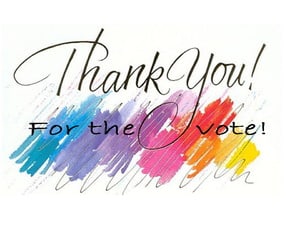